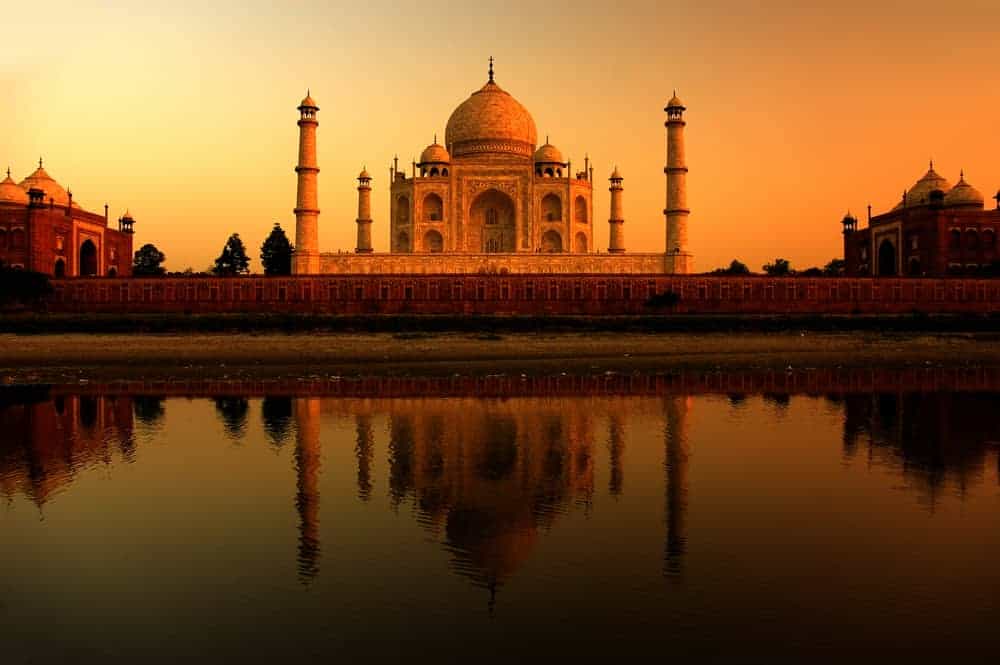 The well-known India’s Golden triangle trip circuit includes Delhi, Agra, and Jaipur. This is the busiest tourist route in India, and first-time visitors frequently take it to get a taste of the country before continuing on to other locations for more in-depth cultural immersion. Here is what Golden Triangle India Tour Package, a Delhi, Agra, and Jaipur in one package offer you.

Delhi, Agra, and Jaipur in One Package

Its name comes from the triangle formed by the northern Indian cities of Delhi, Agra, and Jaipur, which are all roughly 200–250 kilometers apart. For those who are visiting India for a little period of time, the cities of Delhi, Agra, and Jaipur offer an exceptional introduction to the nation. These towns are also quite accessible because to their excellent rail and road connections. If you don’t want to ride Indian railways, the most popular way to navigate the Golden Triangle of India is by renting a car, which also allows you to move at your own pace.

An all-inclusive Golden Triangle tour is the finest choice for first-time visitors to India if you want all of your travel arrangements handled.

The majority of people begin their trips to India in New Delhi, the nation’s capital. A few days in Delhi can be a remarkable experience. Delhi will leave you with a very confused impression and what we refer to as a “cultural shock” because the ancient and new Delhi are present side by side yet seem to exist in different planets.

As soon as you exit the airport, you’ll notice New Delhi’s grandeur, wealth, and opulent markets and malls on the one hand, and the real India when you visit the old Delhi on the other – the commotion, turmoil, and charm as you see the city grow in front of you during the day. There are numerous monuments, forts, and markets to visit and shop at. Normally, it takes two to three days to properly explore everything.

The Old Spice Market in the Old Delhi neighbourhood or the Chandni Chowk neighbourhood should be visited since it is an experience that will make you feel truly alive. The Qutub Minar, Humayun’s Tomb, and India Gate, where you can pause in the evening as night falls, are further attractions worth seeing. The Indian “Arc-de-Triomphe” was constructed in honour of the soldiers from that nation who lost their lives fighting in World War I.

Because of the Taj Mahal, Agra should be on everyone’s bucket list that travels to India. No words can adequately describe the Taj Mahal at sunrise, the most well-known structure in India and one of the seven wonders of the world. The new Expressway takes approximately 4 hours to travel to Delhi and Agra, and there are also numerous super-fast train choices available.

More than simply the Taj Mahal may be found in Agra. You may visit the Agra Fort, which is also included as a World Heritage Site, and Fatehpur Sikri, the abandoned red sandstone capital of Emperor Akbar, is nearby. Additionally, Baby Taj and Sheroes Cafe merit a visit. This motivating café in Agra employs the brave acid attack victims, making it the perfect location to witness strong women fighting a hard battle against a not-so-generous life and fate.

Also available are food walking tours and cultural heritage walks that will allow you to experience Agra through your sense of taste. We also provide a remote Hamlet Walking trip that brings you to a genuine Indian village away from the comforts of your hotel to experience India as it truly is.

The experience this city by booking Jaipur Sightseeing Tour Package or direly book golden triangle tour package which include sightseeing of three main city of India. Jaipur commonly referred to as the Pink City, is very different from what you have had thus far in Delhi and Agra. With numerous historic forts and palaces, the royal homes, and the abundance of shopping options available in Jaipur, there is much to see and do here. Again, it takes about 4-5 hours to get from Agra or Delhi to Jaipur, and trains run frequently between the two cities.

Abhaneri is a small town on the way to Agra, not far from Jaipur. The Chand Baori step well, one of the deepest and biggest in the area, dates back to the ninth century and is the main attraction. With many of the exquisite carvings still there, the well’s architecture is undoubtedly distinctive.

How to Do India’s Golden Triangle Tour?

Either taking a car or a train is the best option. Since there are typically no planes between Agra and Delhi, your only options are to take the train or a cab. Golden Triangle is best visited between September and March when the weather is good. The hotel rates are lower in the off-season, which is from April to August, but the weather will either be too hot or rainy to go ahead with your plans.

This Golden Triangle India tour can be completed in as little as 2 nights and 3 days, but you can extend your stay in each city as needed.

The three cities of Delhi, Jaipur, and Agra will pique your interest and transport you into the fascinating world of the Mughals and Maharajas. They have left behind some of the best architectural works in the world, including the renowned Taj Mahal in Agra, the Qutub Minar in Delhi, and the Amber fort in Jaipur.

Why 2022 needs a fun workplace in Jamaica?

How to Choose the Right Boat Parts from...

What are the benefits of using Taxi administrations?

What Is The Process Of Immigrating To New...

5 Best Tips To Dispose Of Waste When...

BEST VILLAS ON RENT IN PANCHGANI