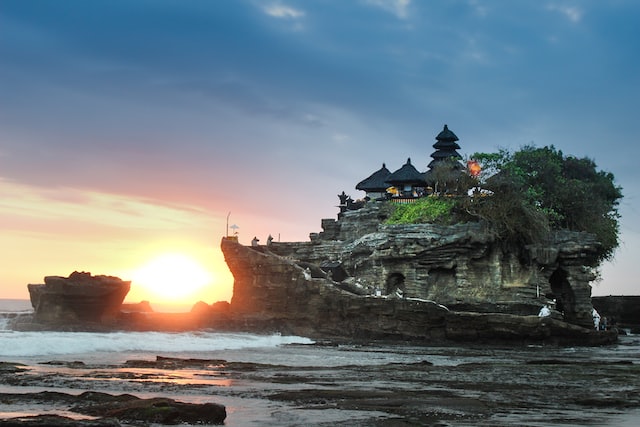 5 Most Haunted Places on Earth

There is an air of mystery about some of these locations, and tales have been told about them for generations. Some of the others are far more recent, yet they still carry the weight of their sad histories. These locations, whether they date back to the 12th or 20th century, all have a rich past full of ghost stories and other supernatural occurrences.

Paranormal investigators from all over the world travel to old, abandoned buildings hoping to encounter a ghost, hear voices, or feel a chill. Thankfully, many purportedly haunted locations are available for excursions and overnight stays.

There is likely a haunted home, hotel, or historical landmark somewhere in the world that you have yet to discover. Scary travel spots are not limited to the United States; from the Winchester Mystery House in California to Gettysburg, Pennsylvania, there is no shortage of chilling locales.

The history of Gunnuhver, the largest geothermal mud pool in Iceland, will make you believe the country is alien. Around 1300, a local woman named Gunna gave the area its name. After she starved to death, her spirit avenged her death by murdering her former landlord and his wife. When the townspeople sought a priest to rid themselves of the ghost, the priest threw Gunna into a pit of boiling mud. No more inexplicable homicides have occurred since then. However, some visitors claim to have seen Gunna’s ghost in the waters’ ethereal mist.

In Beijing, you must see the Forbidden City, the former home of the Chinese emperor. A subset of the population, who may or may not believe in the paranormal, have given the popular tourist destination a lousy name. Over its 600-year history as the royal residence, the palace saw its fair share of murder, from jealous concubines poisoning each other to official executions. In the 1940s, the court opened to the public, and ever since then, there have been innumerable reports of mysterious happenings. Like in every good ghost story, a white-clad woman is believed to walk the grounds, crying.

Located in Canada’s Banff National Park, this chateau-style hotel was built in 1888 to boost tourism and train travel. Inside, however, the atmosphere is decidedly Gothic and has nothing in common with the building’s outside appearance. The Calgary Herald reports seeing many ghosts, including the spirit of a bride who tragically fell down the hotel’s stone staircase on her wedding day. A second, less terrifying ghost is Sam, the bellman, who functioned at the hotel until 1975 and vowed to return. Some say his spirit helps tourists with their bags at airports at night before disappearing.

Flooding and uncovering the overcrowded Les Innocents graveyard in the spring of 1780 sent a wave of rotting dead rolling into the property next door. This horrific tragedy reportedly sparked a 12-year effort to move the deceased from Paris’s cemeteries into the city’s abandoned limestone quarries, where they would remain for the next six million years. About a mile of the underground maze, along with artistic bone displays and hidden pathways, is now open to the public for tours.

5. Municipalities of Belize and Xunantunich

The Mayan ruins of Xunantunich may be found in the dense jungles of Belize, less than a mile from Guatemala’s border. The ancient civilization was unearthed again in the 1890s, long after it had been devastated by an earthquake. Since then, Xunantunich has helped as an important archaeological site, an underappreciated tourist attraction, and a hotspot for the supernatural. The ghost of a woman with jet-black hair and fiery red eyes is said to roam the historic district streets. She was first marked by one of the early exploration parties in 1893 and has since been seen often near El Castillo (the tallest building on the site). In the minds of some, the legendary “Stone Lady” was a human sacrifice whose death was ritualized atop the El Castillo pyramid. On the other hand, nobody can say for sure.

The Benefits of Blackout Lined Curtains