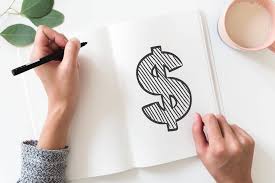 How to Mine Dogecoin: Everything You Need to Know

Even the cryptocurrency’s most ardent supporters were taken aback by the meteoric climb of Dogecoin to the forefront of global society in 2023. Since then, most retail investors no longer give Dogecoin any regard, but many people are still quite passionate about cryptocurrency. The Dogecoin community plans to improve Dogecoin’s reputation as a meme currency by adopting partners while at the same time providing valuable services to its users.

Because of the widespread attention that Dogecoin has received and the significant price increase it has undergone, many individuals are considering investing in it. The production of DOGE can represent a possible source of income. Mining is vital to maintaining the functionality of the network, just like it is with other cryptocurrencies.

In this guide we will walk through with a guide to mine the cryptocurrency which is Dogecoin. Keep reading if you want to

A blockchain-based on the “doge” Internet meme is known as Dogecoin. Dogecoin, in contrast to Bitcoin, which was meant to have a finite supply, is intended to have an infinite supply. As a result, 10,000 new coins are generated every minute, and there is no limit on the total number of coins that may be produced.

It was launched as an alternative cryptocurrency in December 2013, and a Shiba Inu was chosen to represent it as its logo. The meteoric growth of Dogecoin in the first half of 2021 was driven mostly by online pop culture and the unwavering encouragement of Tesla CEO Elon Musk.

How Does Dogecoin Mining Work?

In the end, mining Dogecoin requires using mining software that must be run on a computer. The computer’s hardware needs to produce enough mining rewards to be useful.

Hashing on the Dogecoin blockchain is done using Scrypt, a cryptographic technique. The hashing algorithm Bitcoin uses called Scrypt, which is more efficient than SHA-256. This indicates that, in theory, a personal computer could successfully compete with crypto mining equipment created particularly for the purpose and get DOGE rewards.

Downloading the mining software, decompressing it, and executing it on a machine running either Windows or Linux are all required to mine DOGE. Desktop software such as UnMineable and Phoenix Miner are two of the most popular choices for mining Dogecoin.

It is possible to utilize these two applications in conjunction with one another to coordinate hashing and maintain communication with the remainder of the DOGE blockchain network.

Is the Mining of Dogecoin a Good Investment?

Over the past year, the profitability of mining Dogecoin has significantly increased. The number of transactions that are completed in one minute has increased, which has led to an increase in the demand for miners to verify transactions.

On the other hand, other tokens provide a much greater income potential and lower barriers to entry. Mining Dogecoin could be a good choice if you want to dabble in cryptocurrency mining and gain a feel for how the system works simultaneously.

How to Mine Dogecoin?

There are just a few steps to take before you can start mining this popular joke coin now that you understand how the Dogecoin mining process works, how it functions, and the hazards involved.

Step 1: Gather All of Your Necessary Hardware and Software

Hardware and software are essential components that must be in place before mining Dogecoin or any other cryptocurrency.

There are three different types of hardware equipment that can be Used:

The central processing unit of a standard personal computer can do the job, but as was mentioned before, there is a risk that you will damage your equipment because it gets too hot.

A standard central processing unit is significantly less powerful than a graphics processing unit. However, GPUs are considerably more powerful, faster, and more efficient, making them a vital component for miners.

Application-specific integrated circuit miners, ASIC miners, are the most technologically advanced cryptocurrency mining equipment. They are significantly more powerful than GPUs and were developed solely for mining cryptocurrencies. However, the cost is considerably higher.

The next step, which follows the selection of your hardware, is to choose your software. The pieces mentioned above of hardware all come together with their respective software applications. We’ve narrowed it down to the most important ones:

A CPU miner for Litecoin, Bitcoin, and other cryptocurrencies built by Pooler. It also mines Dogecoin.

EasyMiner is a decent choice for those just starting, CudaMiner is optimized for use with GPUs manufactured by Nvidia, and CGminer is suitable with all GPU brands.

Both CGminer and EasyMiner can work with ASIC mining hardware.

Step 2: Get a Wallet

The second step is to go out and purchase a wallet. There are two official wallets for Dogecoin, which are known as Dogecoin Core and Multidoge. In addition, there is a third wallet that may hold Dogecoin.

Take a look at the following list in 2023 if you need clarification about which cryptocurrency wallet you should use. If you mine Dogecoin and have a wallet, you can collect any money you make.

Step 3: Decide How to Mine?

As was said earlier, there are three different ways that one can mine Dogecoin: individually, in pools or in the cloud. If you have a graphics processing unit (GPU) and some mining software, like Easy Miner or Cuda Mine, you can mine Dogecoin just for fun.

It is the job of a graphics processing unit, or GPU, to process and render all of the images displayed on a computer’s screen. To improve image processing, GPUs are used in various computers, including laptops and desktops.

Mining by oneself can be challenging for an individual who is not used to it, and it is often only profitable if the miner is prepared to spend a substantial amount of money on professional equipment and power.

We suggest that newcomers to mining look into joining a Dogecoin mining pool. Mining in a pool with other people boosts your chances of being selected as a block validator because of the combined hashing power of the pool. The probability of making a profit from mining is increased by participating in a mining pool, which significantly improves over mining on your own.

Should You Purchase Dogecoin?

Those who invested in Dogecoin before the price increases in 2021 were rewarded handsomely for their foresight. White is still on the fence about purchasing Dogecoin, particularly to invest. The persistent introduction of brand-new coins keeps a consistent downward pressure on the currency’s value.

White noted that Dogecoin is subject to higher security risks than other famous cryptocurrencies. In contrast to Bitcoin and Ethereum, its security and source code have not been subjected to the same scrutiny. In addition, Doge does not have a very strong mining community, which means that the possibility of an assault on the mining level is substantially larger than it is with Bitcoin.

To put it more succinctly, the answer to whether late adopters may still profit from Dogecoin is yes. Despite this, mining any cryptocurrency, not only Dogecoin, comes with unique challenges and perils; Dogecoin is no exception.

Things to keep in mind while buying jewelry...

Which is the best place to sell jewelry...

How Debt Covenant Analysis Benefits the Borrower and...

How to get the job you want?

What Are PEO Services and How Can They...