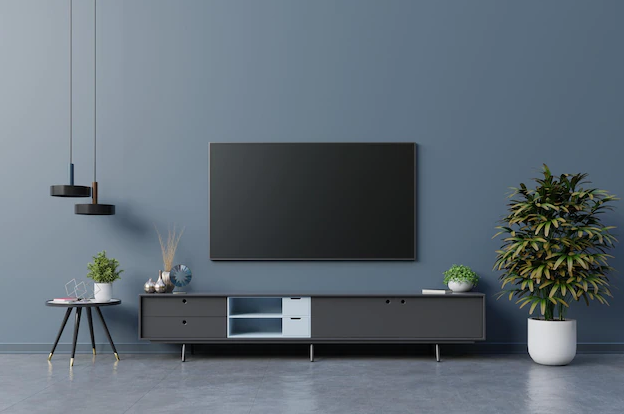 Over the past few years, there has been a major advancement in television technology. From black and white to colour picture tubes, box TVs to compact display sets, and now from a cable TV to a smart TV with operating system, internet browsers, applications, games, and more, we have come a long way in the world of television.

People frequently desire the best TV brands in India that comes pre-loaded applications and technology. Because of ongoing advancements in the software and hardware of televisions, having a fundamental understanding is no longer sufficient.

Here are some of the best television brands popular not just in India, but also worldwide:

Sony is a Japanese multinational corporation specialising in the entertainment and technology industries. They are involved in producing various electronic goods, movies, and video game consoles. Sony has been one of the top TV brands in the world and India for a long time. You can enjoy your favourite shows and movies with Sony’s voice-controlled HD Android TV. With a Sony smart TV, you get pre-installed five thousand apps, which is the most from any other smart TV in the market today.

Due to its Bass Reflex speakers, the android smart TV from Sony, which is the best TV brands in India, can be used for watching movies, playing sports, listening to music, and gaming. Sony smart TVs are equipped with Motionflow XR technology that keeps the action sequences smooth and uninterrupted through its unique technology. Furthermore, Sony TV can also be connected to Alexa or Apple Airplay. Sony Smart TV has X-Protection Pro technology that eliminates shock and a lightning protector that protects against dust.

The South Korean corporation Samsung is recognised as the industry pioneer and world leader in consumer electronics. Samsung, Sony, and LG are among the most reputable names in the television industry and are frequently among the first to introduce novel technological developments. Samsung TVs are equipped with the latest Quantum Dot technology that lets you see every detail and contrast. There is no doubt that Samsung is the leading brand of smart TVs in the world as well as one of the best TV brands in India.

Toshiba has been a brand symbol of quality and trust for over 68 years, and it’s one of the best TV brands in India. Its 4K TV is powered by VIDAA, which gives you one of the best viewing experiences at home, thanks to all of its features. Toshiba TV comes with 4K Resolution and HDR technology, making it even more powerful and dramatic than anything else. With the surround sound feature in Toshiba TV, you can enjoy movies, games, and live sports in a new way at home with a breakthrough immersive audio Experience.

LG Electronics is a subsidiary of LG Corporation, a South Korean company and one of the best smart TV manufacturers in the world. The LG Company has a subsidiary that produces OLED panels and another that manufactures TVs. There’s no doubt that these two subsidiaries contribute to making LG one of the top brands in the world as well as the best TV brands in India. In addition to the Magic Remote, LG provides a unique way of accessing the menus.

It features a point-and-press function that makes navigating your devices very easy. A superb display is featured on the LG LED Smart TV, so you can enjoy watching it for hours. HDR technology in LG TV provides delicate details and rich colours to the entire screen. The quad-core processor in LG TV eliminates noise and creates a more dynamic contrast. As one of the best TV brands in India, LG Smart TV is loaded with amazing features and a smooth user interface. LG is also known for manufacturing best TV under 30000 in India.

Since they first started selling televisions in the United States in 2013, TCL has been a relatively new brand in the television industry as well as one of the best TV brands in India. TCL does not employ its proprietary smart platform; rather, depending on the model, it utilises either Google TV or Roku TV as its smart platform.

However, the Google TV platform provides a more refined interface, and some people believe Roku to be easier to use. Both choices provide access to a vast library of streaming applications; however, the Google TV platform is the clear winner. There has been an increase in the popularity of Android Smart LED TVs, and TCL has outdone itself with its AI-enabled Android Smart LED TV. TCL comes with all the features you would expect from a smart TV, such as Android operating system, Screencast, Mirroring, Smart Home setup and connectivity.

Vuori and Lululemon face off in the Battle of the Joggers.

How To Choose Your Spring Pajamas